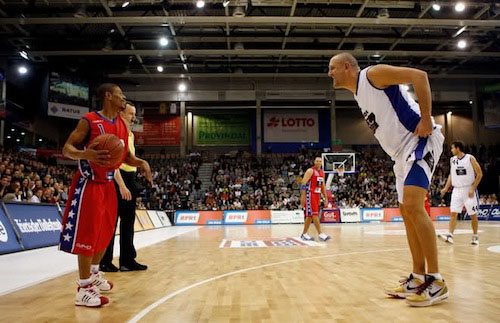 Traditionally, basketball is a game for tall people. From 1985 to 2006, the average height of players in the NBA was roughly 6’7”, and the two most towering players in NBA history are Romania’s Gheorghe Muresan and Sudan’s Manute Bol, who both measure a staggering 7’7”. Still, the world is full of rule-breakers who challenge conventions.

The following 10 basketball players are extraordinarily short by NBA standards, yet they refused to give up on their dreams. Even in the face of a significant disadvantage, they all went on to play professionally – and a few of them also became coaches after their playing days were over. These 10 stories are sure to motivate, energize and encourage us all to push the limits of what’s possible. Read on to find out about the 10 shortest players in NBA history. 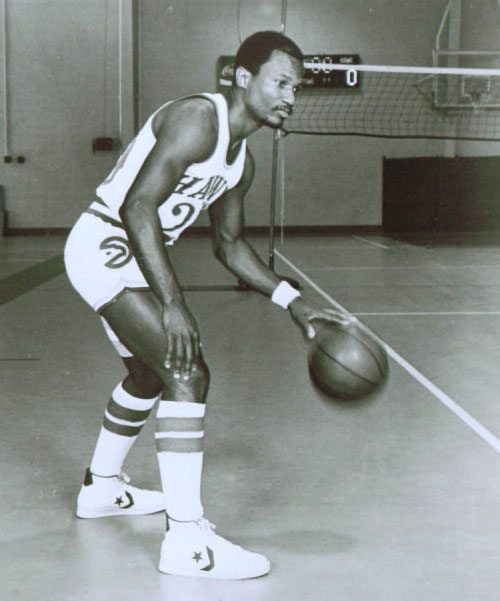 Charlie Criss is not the only 5’8” powerhouse to have played in the NBA; Don “Dino” Martin and Willie Somerset both measured 5’8” as well. The road to the NBA was a long one for Criss. After graduating from New Mexico State University, he played in the Continental Basketball Association. But even though he was twice voted Most Valuable Player there, his ambition was always to move up into the NBA.

In 1977, seven years after he left college, this dream came true thanks to pure determination and perseverance. The 28-year-old Criss became, in the words of Sports Illustrated, “the NBA’s smallest player and oldest rookie” when he joined the Atlanta Hawks as guard. His coach, Hubie Brown, said he chose Criss because of his speed and his ability to shoot and pass. “Charlie is dynamite,” said Brown. “When he gets on the court, things happen.” 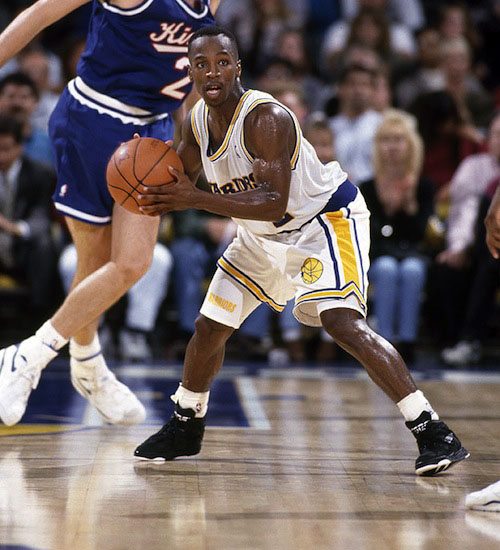 At 5’7”, NBA star Keith “Mister” Jennings could easily have considered his height a drawback – but he didn’t look at it that way. “I always felt that I played bigger than I was,” said Jennings in an interview with Collegehoopsnet.com. “I actually felt it was easier for me to play against bigger guys, because I played inside and did not mind trying to battle for a rebound.”

Jennings graduated from East Tennessee State University in 1991. In 1992, he joined California’s Golden State Warriors as a point guard and played for them until 1995. He was also a member of teams in Germany, Spain, Turkey, Russia and France. After his playing career, Jennings went on to become a coach at various schools and colleges in Virginia and Tennessee. Currently, he is the assistant coach at Bluefield College in Bluefield, Virginia and was inducted into the East Tennessee State University Athletics Hall of Fame in 2013. 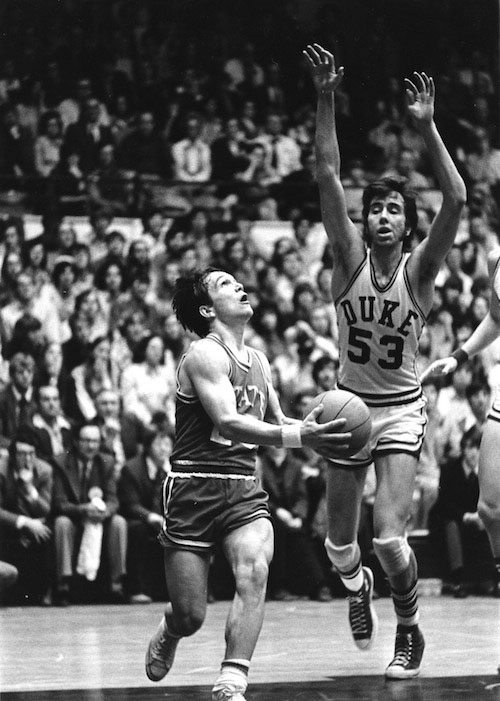 Point guard Monte Towe may have been described as an underdog thanks to his 5’7” frame, but when he finally got his chance to play, he more than proved his worth. In 1972, Towe enrolled at North Carolina State University, and when he signed up to the NC State Wolfpack team, head coach Norm Sloan had deep misgivings. He thought Towe would be “eaten alive” – but he couldn’t have been more wrong, because Towe soon proved indispensable on the court. In 1974, he helped lead the team to a national championship win.

Fellow player David Thompson said that Towe “brought that attitude, that fight, that never-say-die attitude” to the team. He sped past the competition as though they were standing still, and despite his height disadvantage, he was extremely confident. Towe was drafted into the Denver Nuggets and went on to play for them from 1976 to 1977. After his playing career, Towe became assistant coach at NC State. He went on to enjoy an extensive coaching stint at a number of different colleges and is currently assistant coach at Middle Tennessee State University. In 2002, he was inducted into the Indiana Basketball Hall of Fame. 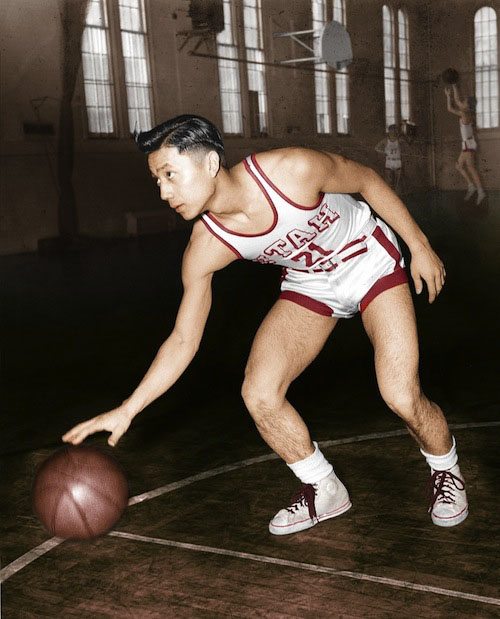 Measuring just 5’7”, Wataru “Wat” Misaka may have been small in stature, but as a youngster he suffered more prejudice and discrimination relating to his Japanese ancestry than due to his height. Born in Ogden, Utah, Misaka was still in high school at the start of WWII. When he finished high school, he attended the University of Utah and signed up to the Utah Utes, in which he helped lead his fellow players to the 1944 NCAA championship. He then left college to spend two years in the US Army, which included a stint in Japan. While there, he interviewed atomic bomb survivors in Hiroshima. Misaka said the experience was like being in “a personal no-man’s land. No matter where I looked, I was a traitor in someone’s eyes.” When it came to basketball, however, he was an equal. After his service in the Army, he returned to the University of Utah, and in 1947 his college basketball team won the National Invitation Tournament (NIT) championship.

After college, Misaka played briefly as point guard for the New York Knicks between 1947 and 1948, becoming the first Asian-American (and first non-Caucasian) player to participate in the NBA, which was then known as the Basketball Association of America. In 1999, Misaka was inducted into the Utah Sports Hall of Fame. 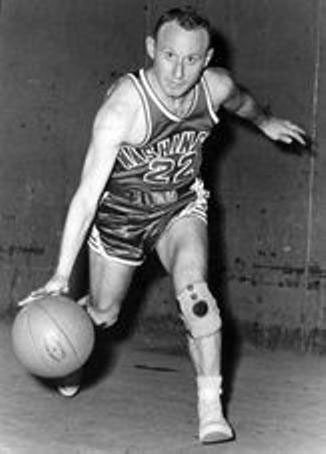 Louis “Red” Klotz is remembered for his vibrant red hair and his slight 5’7” frame. Most famously, perhaps, Klotz put together the Washington Generals, who have competed in exhibition matches against the Harlem Globetrotters for more than 50 years.

In 1947, Klotz joined the NBA’s Baltimore Bullets as a point guard. Five years later, he bought the American Basketball League’s Philadelphia Sphas and renamed them the Washington Generals. In 1953, the Generals were asked to go on tour with the Harlem Globetrotters to regularly compete with them, and since then, Klotz’s team have become nothing short of legendary – if not for the reasons one might expect. The last time the Generals won a game against the Globetrotters was in 1971, and although they have lost over 13,000 games, Klotz always played for the win. In 1995, Klotz changed the name of the team to the New York Nationals to “change their luck,” though in 2007 it was reverted back to the Washington Generals. Klotz has been credited with “bringing out the best in the opponents.” Most importantly, he became an ambassador for basketball, spreading the love of the game across the world. 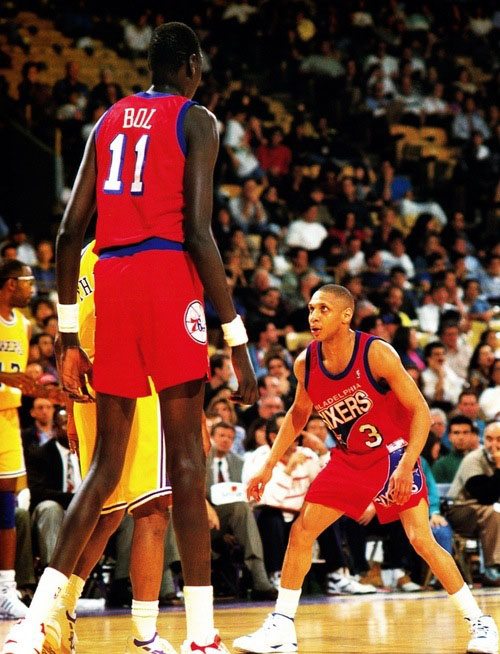 Like many of his vertically challenged NBA counterparts, 5’7” Greg Grant made up for his lack of height through sheer skill and energy. Jim Lynam, manager of the Philadelphia 76ers, put it this way: “He’s a spark plug, a guy who can come off the bench and get the crowd involved and change the flow of it.”

Drafted in 1989, Grant spent a year with the Phoenix Suns before signing with the New York Knicks as a free agent in 1990. In December 1991, he joined the Philadelphia 76ers as point guard, playing for them until 1993, before signing with the Orlando Magic in 1994. Describing his time with the 76ers, Grant said that Lynam gave him the chance he’d “always wanted” and that it was a boost to his confidence. After his career, Grant started running a sports academy in his hometown of Trenton, New Jersey. In 2009, he published 94 Feet and Rising: The Journey of Greg Grant to the NBA and Beyond, which details his unlikely route to the NBA. 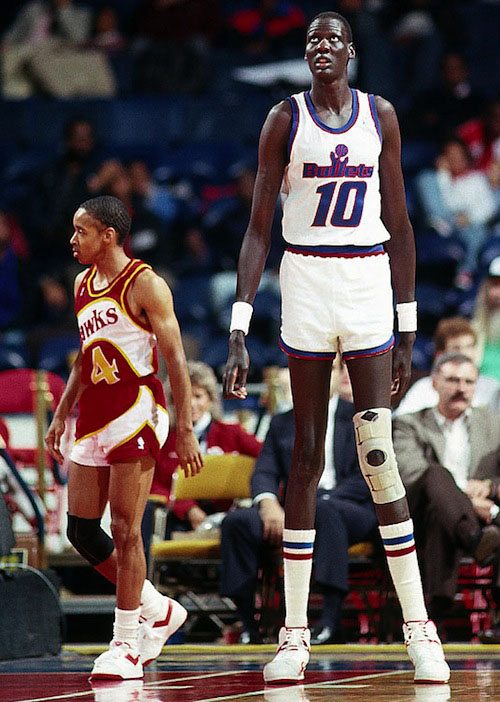 Like the previous five players on this list, Anthony “Spud” Webb is only 5’7” tall – but like those five other players, he didn’t let this get in the way of his professional basketball career. Astonishingly, the point guard played 814 games in the NBA, managing to average 9.9 points a game. He first garnered national attention thanks to his brilliant performance for the Midland College Chaparrals in the 1982 junior college championship, which resulted in a 93-88 win for Midland. In 1983, North Carolina State University (NCSU) offered Webb a scholarship, and he is remembered at NCSU as a “satellite who could practically leap into orbit.”

In 1985, Webb signed with the Atlanta Hawks, and he went on to play with the Sacramento Kings, the Minnesota Timberwolves and the Orlando Magic. Webb is well remembered for winning the 1986 NBA slam-dunk contest – the shortest player ever to do so. 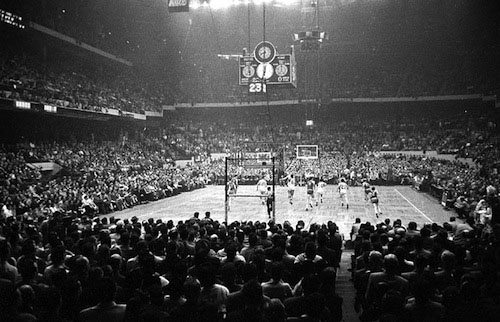 Although not much is known about point guard Melvin “Mel” Hirsch, what is certain is that, at 5’6”, he is the third shortest player in the history of the NBA. Hirsch was born in New York in 1921, and in the early 1940s he attended Brooklyn College, NY, where he played on the basketball team. After a loss to Manhattan College in the last game of the 1941 season, The New York Times wrote, “If Brooklyn had two or three more Mel Hirschs, the outcome might have been different, for Hirsch… was all over the floor, sneaking in for rebounds and intercepting an occasional pass.”

In 1946, Hirsch joined the Boston Celtics in the NBA – then still called the Basketball Association of America. Although the Celtics missed the playoffs, Hirsch played 13 games and scored 19 points for his team. Pictured above is Boston Garden, which was the home arena of the Celtics at the time when Hirsch was playing. 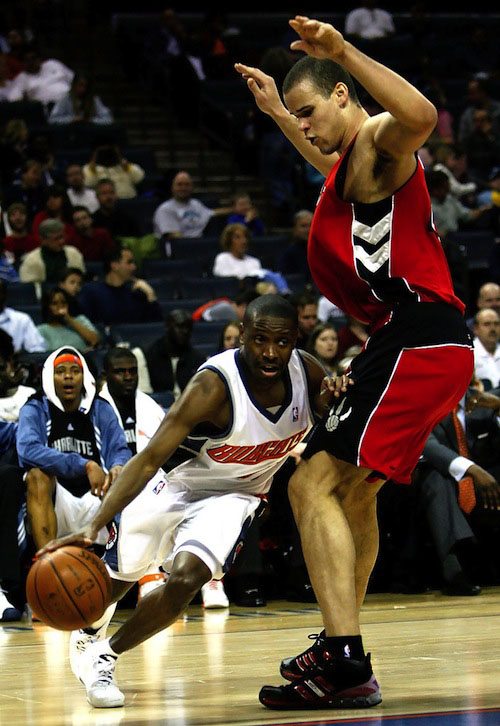 Earl Boykins started playing basketball when he was very young; in fact, he was so little that he had to learn to dribble with a tennis ball. Until he was three, he snuck into games in his father’s gym bag. Boykins is only 5’5” and weighs in at 133 pounds, yet according to his NBA bio he can bench press 315 pounds – nearly two and a half times his own weight.

From 1994 to 1998, Boykins attended Eastern Michigan University, signing up with the Eagles basketball team, through which he became the second-leading scorer in the nation. The guard soon stood out for his uncanny court sense, his speed, his ball handling, and his shooting and passing skills. After college, he wasn’t drafted by an NBA team but still made his mark on the game through short-term contracts. In 2008, he even spent a season with Virtus Bologna in the Italian A League. But he was signed to the NBA’s Washington Wizards in 2009 and went on to play with the Milwaukee Bucks and the Houston Rockets in the following years. 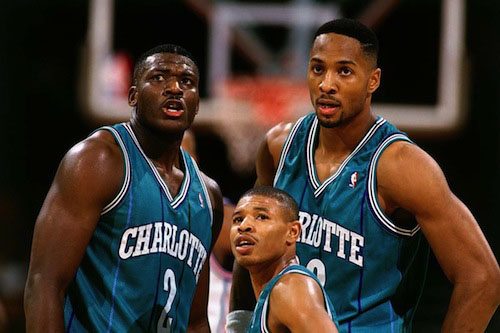 Tyrone “Muggsy” Bogues got his nickname from neighborhood players when he was growing up in Baltimore, Maryland. He was so good at defense that they claimed he was “mugging” them. At 5’3”, Bogues is the shortest player in the history of the NBA. He’s had to prove himself every single day and show the world that he can stand next to giants as an equal. “What drives him is when people say he can’t do something because he’s too short. He thinks to himself, ‘Oh yeah?’ He’s been that way all his life,” explains his wife, Kim.

Bogues’ ex-teammate Larry Johnson said that the team fed “off his energy.” And Spud Webb remarked, “Muggsy is a spark on offense and a real pest on defense. There is no higher compliment.” Between 1983 and 1987, Bogues played basketball at Wake Forest University. After finishing college, he was drafted into the NBA and went on to play 14 seasons – most notably as guard for the Charlotte Hornets. Currently, he is the head coach for the United Faith Christian Academy basketball team.