Of the thousands of boxers who’ve competed in the sport of boxing over the last couple of centuries, none seem to have earned as much as Floyd ‘Money’ Mayweather Jr., once known as “Pretty Boy”. To say that his per-fight and yearly winnings have been climbing in the seventeen years since he went professional is an understatement. In September 2013, he beat Saul “Canelo/ The One” Alvarez at the MGM Grand Garden Arena in Las Vegas and took a record-breaking minimum of $41.5M. That’s not even including his pending share of Pay Per View revenues, which is expected to bump up his total earnings for the Alvarez fight to over $100M. Here’s a breakdown of Mayweather’s career as well some general stats on boxing.

Breaking Down the Mayweather Timeline: From “Pretty Boy”  to “Money May”

To match Mayweather’s being #1 or #2 in various recent “top-paid athletes” lists is his interests in big houses, fast cars, shopping sprees and rumored 6-figure betting on sports events. All that money seemingly earned in a single fight takes months of training and there are trainers and entourage to pay as well. Of course, he didn’t always have the entourage.

What will be interesting to see is how many more matches Mayweather will fight, beyond the remaining four of six in his Showtime deal. He’s already hinted at retiring rich. Ali, on the other hand, managed 61 fights in his career despite losing four years while fighting draft-evasion charges.

Mayweather’s career took a few years to reach the big paydays. Here’s what happened along the way.

[NOTE TO EDITOR: DATA IN THE IMMEDIATE LIST BELOW IS A DUPLICATE OF THE ABOVE TABLE — FOR CONVENIENCE: USE MOST SUITABLE FORMAT]

Mayweather vs Alvarez Fight Stats
How does Saul Alvarez compare to Mayweather? Here are the stats.

Money Money Money
According to Vice.com, the highest-paid athletes have always been American boxers. That’s not strictly true, given golfer Tiger Woods was #1 on Forbes Top 100 highest-paid athletes list from 2001-2011, and again in 2013. However,  Floyd Mayweather is definitely #1 on several lists, including the 2012 Forbes list and the 2013 Sports Illustrated “Fortunate 50” list. Of course, his recent fight with Saul “Canelo” Alvarez hasn’t hurt in terms of top paydays and records broken. Is it any wonder Mayweather has a few quirks of “conspicuous consumerism,” including carrying around resealable plastic bags of stacks of $100s to go on shopping sprees with? At least he shares some of that with friends, employees and sometimes total strangers.

It’s possible Mayweather’s earnings could be even higher had he not spent two months of an 87-day sentence for domestic abuse in a Las Vegas jail starting mid-2012.

20 Common Boxing Injuries
Of course, boxing isn’t all big paydays. There are the injuries. Mayweather has been fairly lucky in that regard, but other boxers have not. While a 1996 National Safety Council report ranked amateur boxing as one of the safest contact sports, there are over 4 dozen common injuries associated with boxing – professional or amateur. Here are some of them, in alphabetical order.

4 Severe But Uncommon Boxing Injuries and Associated Repercussions
Then there are the really severe injuries that, while uncommon, do happen.

1. Death due to brain injury and coma, depression — Duk-Koo Kim’s fight with Ray “Boom Boom” Mancini in Las Vegas’ Caesars Palace resulted in the former’s death four days later, after a 14-round fight. As a result, the referee and Kim’s mother both committed suicide. Mancini suffered from depression as a result.

Other boxers have died in the ring or after a fight, including Becky Zerlentes, who was the first woman, in 2005. In arguably one of the more unusual deaths, Francisco Camilli (aka Frankie Campbell) died the day after Max Baer (see the film Cinderella Man) hit Camilli so hard that the latter’s brain was knocked loose in his skull.

According to the Journal of Combative Sports, the number of documented deaths worldwide as of Oct 2011, due to injuries from boxing matches, is just over 1600 from the years 1890 to 2011, with additional documented as far back as 1720.

2. Blindness followed by death, jail terms — In a 1983 fight against Luis Resto, Billy Collins Jr. lost his vision, thanks to Resto’s cheating manager removing some of the latter fighter’s glove padding, resulting in Collins getting hit harder than normal. Resto and his manager spent time in jail, but the resulting permanent blurred vision ended Collins career and he committed suicide two years later.

3. Fractured jaw and severe beatdown, loss of career, jail terms — In 1919, Jack Dempsey, aka the Manassa Mauler, laid a severe smackdown on the then champion Jess Willard, despite the latter’s 5.5 inches height advantage. In 2001, boxer Richard “The Alien” Grant also had his jaw broken, by a fighter with no gloves, in a charity fight — James “Harlem Hammer” Butler. Apparently, Butler misinterpreted a gesture of embrace from Grant and overreacted by breaking Grant’s jaw, after he had already defeated Grant in the fight and had taken his gloves off.  Grant also suffered a lacerated tongue and had several stitches. Butler was arrested  and served time, and a few years later in 2006 was convicted of the 2004 killing of Sam Kellerman, the brother of Max Kellerman, an HBO Boxing analyst. Butler is serving 29 years as a result.

4. Ear loss, career loss – In the MGM Grand Garden Arena in 1997, Evander Holyfield lost a piece of his ear lobe thanks to Mike Tyson chowing down. This act probably hurt Tyson more overall as he was suspended from boxing and lost his purse for the fight. 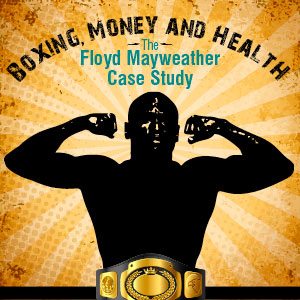